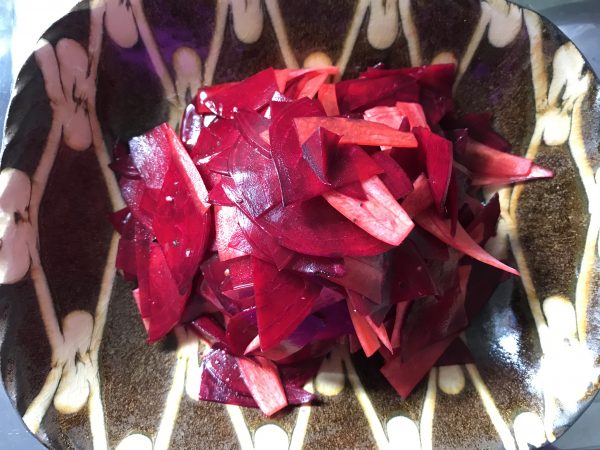 I found a beet at the supermarket.

It looked fresh and had fine leaves. At first, I wondered if I could make a dish with it and then I found a recipe right besides the beets. It was a salad recipe. I thought I could make it! So I bought the beet.
For me, beets are famous for borsch. And it reminds me of an Ukrainian lady who cooked borsch when I lived in the US.

As I was slicing the beet with a slicer, my hand got red and felt something weird. Because it seemed as if I had cut my finger with the slicer and was bleeding. Of course, that was just my imagination. So, I sliced it very carefully. Actually since the beet was very juicy I spilled a little bit of the red liquid on the kitchen counter.

Then I put the sliced beet into a bowl and added a pinch of salt, vinegar and black pepper and mixed them. I also added some sliced carrot.
The taste was not bad, but it was a bit earthy. The red pink color was beautiful.
I sauted the beet’s green leaves with bamboo shoot, carrot, pork meat and abura-age. It was good.

In my opinion, Japanese are not so familiar with beets.
I miss the Ukrainian lady’s borsch with sour cream. 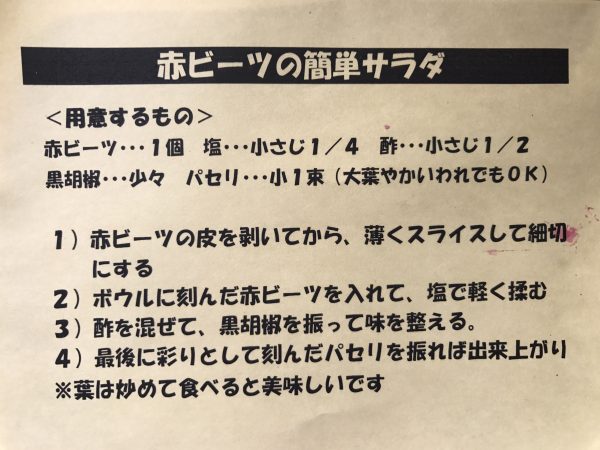 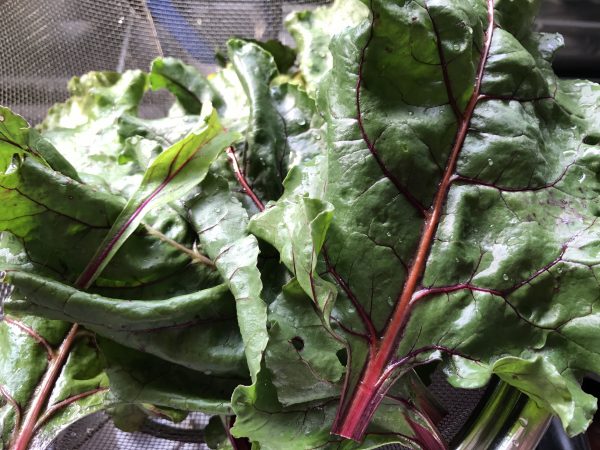 ↑I sauted the beet’s leaves