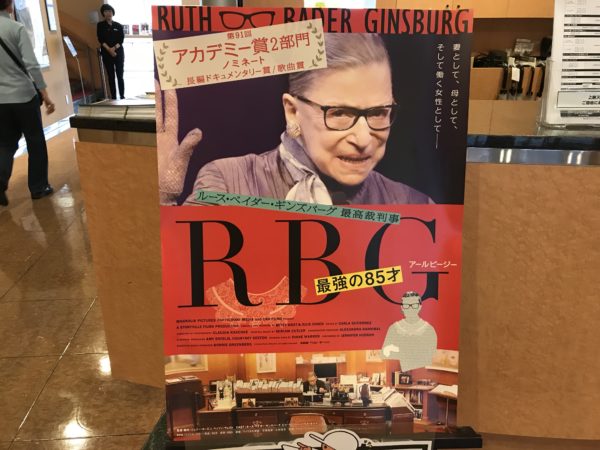 The last movie that I watched in theater was a documentary. The title is “RBG”, and it’s about the life and career of the second female supreme court judge of the United States. ”RBG” comes from her name, Ruth Bader Ginsburg. She is 86 years old now and is very popular like some national idol. Her mug cups and T-shirts are sold in the U.S.
In Halloween and other events, children would dress up as her wearing a pair of big glasses and black judge coat with white lace collar.

she made great achievements of minority rights

In her long career, she made great achievements in the areas of sexual discrimination and minority rights. Some of the famous cases were covered in the movie.
One of cases that caught my interest was the case of USA vs. Virginia state in 1996.
The Supreme Court concluded that it was unconstitutional for Virginia Military Institute to qualify only men. Virginia Military Institute had a long history of accepting only men, but since the judgement, they started to accept women to enter the school.

She is a very charming super woman.

She is a modest person and always keep a low profile.
She didn’t have small talk with her classmates when she was a student.
She had a wonderful husband who dedicated his life to support her. He passed away in 2010.
They were famous for their good relationship. 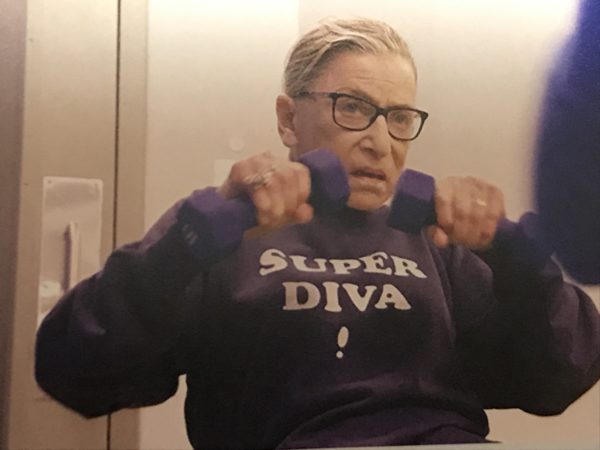 She wears a sweatshirt that reads “Super Diva!” when she works out. She wants to work as long as possible. She is a very charming super woman.

I really admire and respect her.

We are living in a world where discrimination and inequality are everywhere. We need more people like her who can fight for the minorities. I am so fortunate that I got the opportunity to enjoy this great documentary.

You can watch a movie, “Believe”(English title is ”ON THE BASIS OF SEX” ) is also about the life of Ruth Bader Ginsburg and her husband during their younger years.