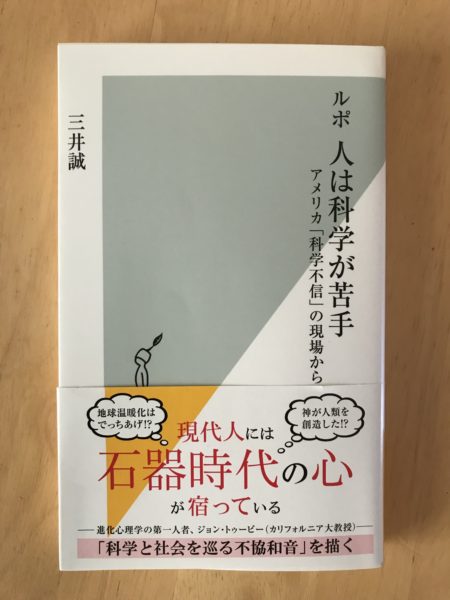 Some people believe the earth is flat!?

I read a book called “Hito wa kagaku ga nigate” (People are not good at science~reported from USA~).

Why do they think so? I was wondering.
This book answered it for me.
I’d like to share with you what the book says.

They don’t like science because it opposes to their philosophy.

The global warming skeptics, flat-earth believers, and the creationists also tend to support President Trump and the Republican party. They may also be pious Christians, evangelicals or conservatives. Some of them don’t like science because it opposes to their philosophy.
The fossil fuel industries also don’t believe in science, because they don’t want any regulations to reduce their profit. They doubt about science and scientists.

People only see what they want.

The book author says people are irrational. People only see what they want. We have emotional bias and confirmation bias. We are also surrounded by filter bubbles on the internet.

Thus, it is important to choose who to listen from. We must listen to those who are reliable and trustworthy. Your family, school and other environments educate your mind and lead you to become who you are. Unfortunately, some teachers are teaching the theory of creation in the US.

It’s very hard to persuade and change people’s mind. Because knowledge reaches the mind through the heart.

Scientists are trying to improve their communication skills and to interact with the public.

Now scientists have realized that it is important to educate the public about science. When something is incorrect, they must speak up. Scientists are trying to improve their communication skills and to interact with the public. Even though they may not be able to change people’s mind right away, they want to share the knowledge and make it easier to understand, so that more people can believe in science.