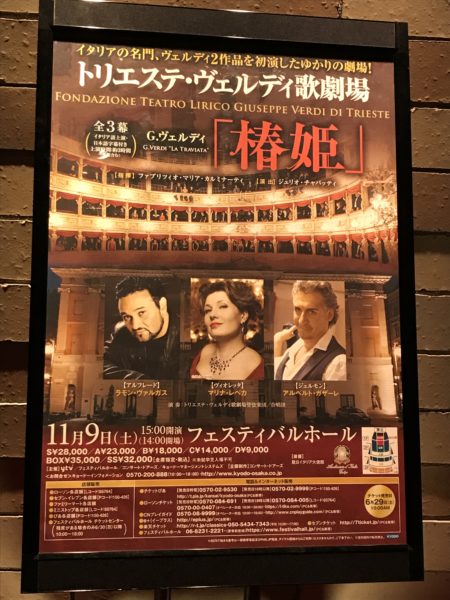 Have you been to an Opera?

I went to see the “Teatro Verdi Trieste”(椿姫) opera at the Osaka festival hall with my friend last Saturday.
This is my first time seeing an opera.

My friend and I promised each other to wear kimono to the opera.
She showed up with an orange kimono. She was very beautiful. I wore a blue kimono and black kimono belt with bats design embroidery. I saw some other people were also wearing kimono.

Although our seats were on the 3rd floor, we were at the front row. So I could see the orchestra pit and the stage very well.
The opera was Italian, but we could see Japanese translation on the side of the stage. Since I don’t speak Italian, the translation really helped me a lot to understand the story. Actually it was a bit busy to read the translation and watch the play at the same time.

The performance of the casts was stunning! The main cast, Marina Rebeka as Violetta, sang amazingly even when she was lying on the ground. I was overwhelmed by her breathtaking performance.

The total time was almost 3 hours 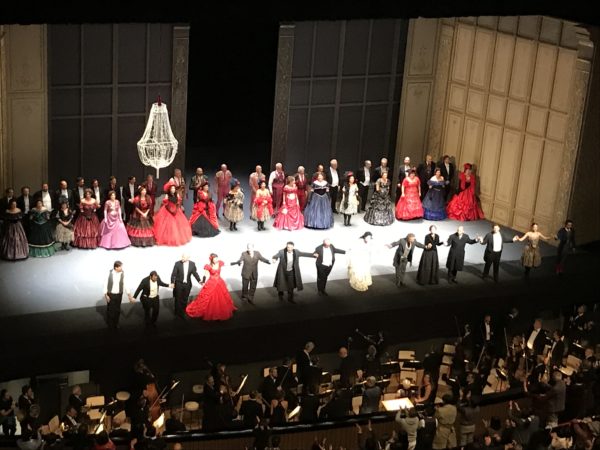 The time allocation of the opera was quite interesting. Act one was 30 mins, Act two was 65 mins, Act three was 30 mins. There were 20 mins breaks in between each Act. So the total time was almost 3 hours.
It didn’t feel that long at all. I really enjoyed this opera. I want to see another one again soon if I have the chance.

After the opera, we were a bit hungry so we went to a stand-up sushi bar. You see, we are two ladies, dressed in kimono, eating at a sushi bar after watching an opera. It is pretty stylish and cool, right!? 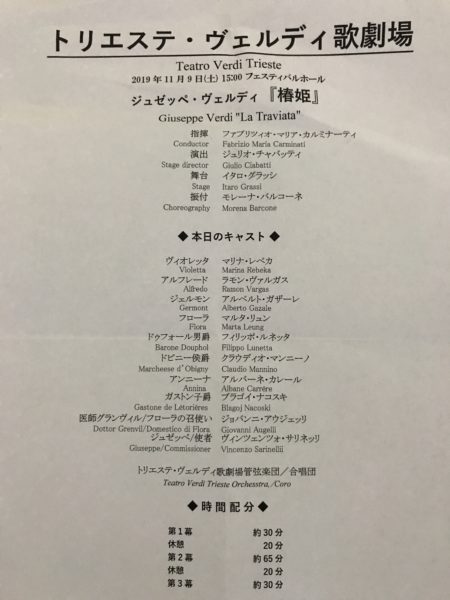