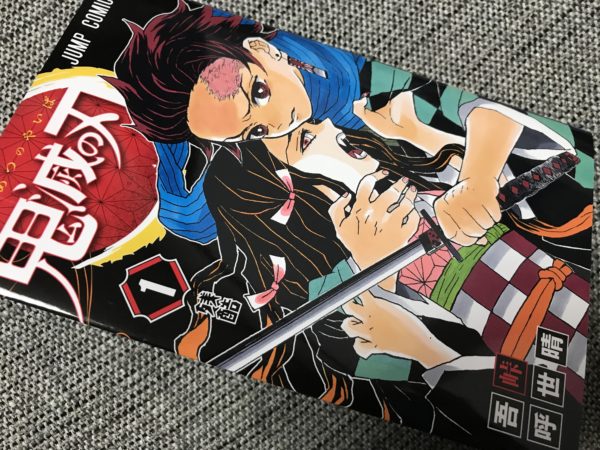 I have watched “Kimetsu no Yaiba”(Demon Slayer) season 1 on Netflix for 3 days.

Recently I am staying at home because I’m worried about the coronavirus.
Then I have watched “Kimetsu no Yaiba”(Demon Slayer) season 1 on Netflix for 3 days. It is an anime based on a popular Japanese manga of the same name. The story is about a young boy named Tanjiro became an “oni”(demon) slayer after his family was slaughtered by an oni. His younger sister Nezuko was turned into an oni after attacked by an oni. It is a journey of revenge for their family and saving people from many onis as a demon slayer.

The era is Taisho era. Taisho era is before Showa era, about 100 years ago.
I’m interested in the kimonos of the characters. Their clothes are mixed with kimonos and western style. The kimonos designs are so funky and vibrant. The color combination is also very unique.

Since the main character, Tanjiro is sincere, kind and strong. I think most audience would feel like supporting such a likeable character. Onis also have rather attractive and diverse personalities, with some sad stories of their own.

I like the beautiful scenery of the animation and background music. Although there are many cruel scenes, it doesn’t matter to me.

Everybody wants to read the rest of the story, right?

When I went to a bookstore to look for the comic books of “Kimetsu no Yaiba”, I saw many children and mothers were also looking for them. Too bad that most of them were sold out at my bookstore. Fortunately I was able to buy the first book in the series. In the future I will keep looking for the new books of this comic.