#786 Do you remember Abby Wambach?~I read her book “WOLFPACK” 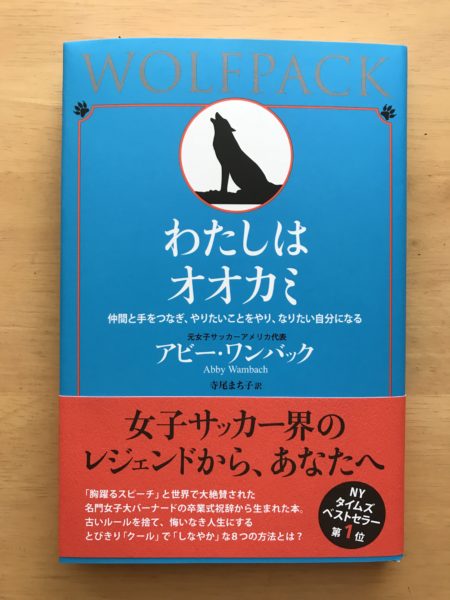 I read the book named 「わたしはオオカミ」(“WOLFPACK”) written by Abby Wambach.
She was a great football player, an Olympic gold medalist and FIFA World Cup Champion.

This book is based on her commencement speech to Barnard College’s graduates.
She insists that women must let go of old rules of leadership. Her Wolfpack rules help women to unleash their individual power, and change their lives and the world.

In 1995, wolves were freed into Yellowstone National Park after being absent for seventy years.In those years, the number of deer had skyrocketed because they were the top of the food chain. They reduced the vegetation, so much that the river banks were eroding. Once the wolves arrived, after a few years, the animal ecosystem regenerated.

She insists that WE. ARE. THE. WOLVES.

Women are feared as a threat to our system—and we will also be our society’s salvation.

When she retired from an active athlete, she received an icon award along with two other athletes: basketball’s Kobe Bryant and football’s Peyton Manning in ESPN. When she walked off the stage, she found that the three of them were stepping away into very different futures.

Quoted from her speech:

Each of us, Kobe, Peyton and I—we made the same sacrifices, we shed the same amount of blood sweat and tears, we’d left it all on the field for decades with the same ferocity, talent and commitment—but our retirements wouldn’t be the same at all. Because Kobe and Peyton walked away from their careers with something I didn’t have: enormous bank accounts. Because of that they had something else I didn’t have: freedom. Their hustling days were over; mine were just beginning.

We talk a lot about the pay gap. We talk about how we U.S. women overall still earn only 80 cents on the dollar compared to men, and black women make only 63 cents, while Latinas make 54 cents. What we need to talk about more is the aggregate and compounding effects of the pay gap on women’s lives. Over time, the pay gap means women are able to invest less and save less so they have to work longer. When we talk about what the pay gap costs us, let’s be clear. It costs us our very lives.

Rules of the Wolfpack

There are 8 rules in the book.
Here are 4 rules of them.

I was shocked to read this book because I wasn’t aware of the gender gap. Especially as a Japanese woman, I’ve been used to it since I was born. I forgot about it. Thinking that is normal. It is a good wake-up call for me.

I agree with her. Her book gave me the power to look at the gender imbalance in Japan. I feel that I was actually part of the problem for letting the men to become the dominant gender in my life. I didn’t have the courage to take responsibility and simply let go of the opportunity to take the lead when I had the chance.

If you want to learn more about Abby herself and her wolfpack rules, please check out these books and videos.

I am going to end this with Abby’s calling from her speech : 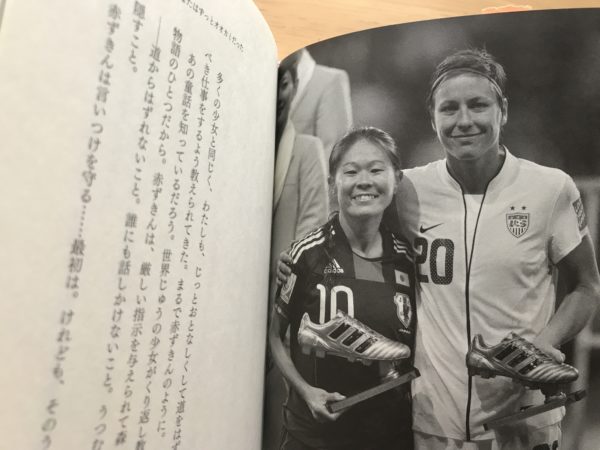