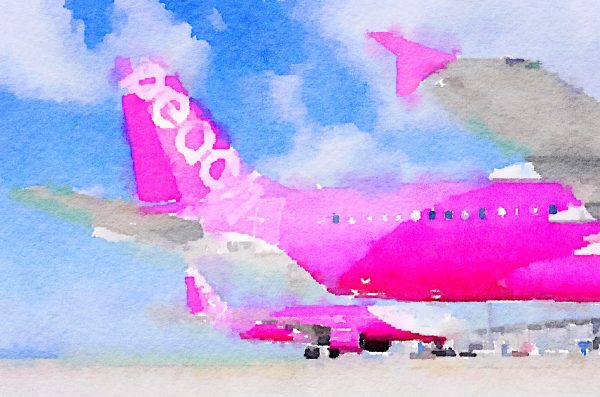 I use PEACH, a LCC(Low Cost Carrier), when I go to Tokyo from Osaka. I almost missed the flight last Thursday because of my carelessness.

I didn’t know that all customers had already passed the departure gate. When I was waiting to pass the gate I heard an announcement with my name!, “Please come to the departure gate as soon as possible.” I rushed to the gate, actually I was sitting on a chair in front of the gate, and showed my ticket and ran to the plane.

I was so embarrassed

When I jumped into the plane, everybody was watching me. I was so embarrassed, but luckily the plane took off on time. I was so sorry that I kept everybody waiting. At the same time, I felt relieved that I didn’t miss the plane.

On the other hand, when I came back to Osaka from Narita, the plane was delayed for about 2 hours because the previous plane hasn’t arrived yet. That is LCC! But I can’t really complain because I almost caused a delay last time. 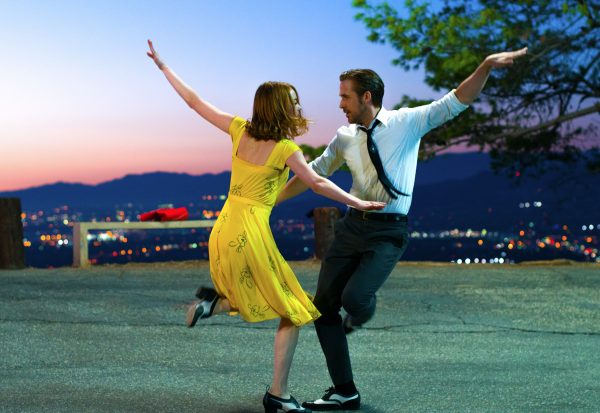 What a beautiful scene at Griffith Park!

I watched the movie “La La Land” last Saturday.
This movie was stylish and very Hollywood-like.
My favorite scene was when Emma stone and Ryan Gosling were dancing on the hill where it has an amazing view of downtown LA. They danced in front of a blaze of light in downtown just towards the evening.

Emma Stone got the Best Actress in a Leading Role for La La Land at the Academy Awards (2017). I was particularly impressed the performance in one of the audition scenes. At the scene, her big eyes were getting wet but the casting director interrupted her emotional performance. It made me realize that she is a great actress.

On the other hand, the male lead, Ryan Gosling was able to play all the piano sequences seen in the film without the use of a hand double or CGI. I heard that he couldn’t play very well before the movie. But he soaked up the knowledge like a sponge and quickly learned how to play and dance like a pro during filming. Actually his piano playing was very nice.

I watched this in an IMAX theater so the ticket was a bit pricey at 2300 yen. I wanted to watch it on a nice screen and with good sound.
I watched it by myself. After the movie, I looked around, there were many couples.
Maybe they want to watch this romantic musical with their loved ones.

#907 Don’t you want to take a miracle shot of yourself? 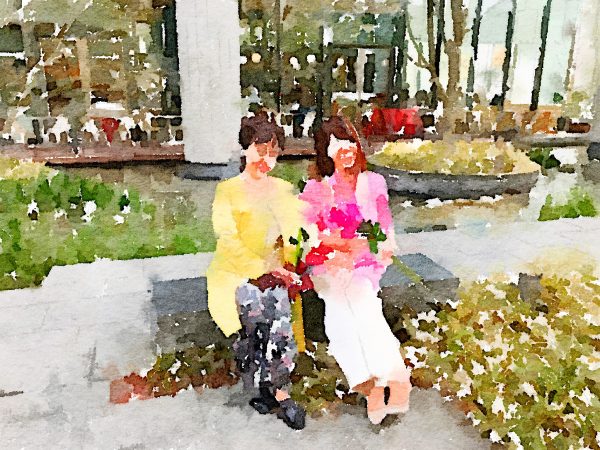 Do you want to take the best picture, a miracle shot of yourself?

My friend J’s hobby is taking pictures. She loves her SONY cameras.
2 of my friends asked J to take pictures of themselves. The models, my 2 friends, were wearing clothes which I and another friend M chose last week. Here is a post about our shopping trip “Getting ready for spring ~ a shopping trip for outfits.”

1000 Small Joys
16 Shares
#908 ”Getting ready for spring〜a shopping trip for outfits”
https://nako3.com/archives/1114
A shopping trip for spring outfitsTwo friends needed to buy some new spring outfits, but they didn’t know what to get.So I along with another friend M, were asked to join them on a shopping trip and give them advices.Therefore 4 women spent a whole day at Nishinomiya Gardens last week.What they boughtOne of the two friends bought 2 white shirts, blue and dark blue reversible skirt, white pants and silver shoes. Another friend bought a white knitted sweater, a pair of pants with flower pattern...

It is important to do things seriously

On the day of the photoshoot, I became a camera assistant, holding a reflector and standing by the models. I gave advices to them on how to pose sometimes. And friend M was the supervisor.
At first the models were quite nervous but after some warm-up, they were getting relaxed and starting to smiled naturally. They were cute and beautiful. They posed with pink roses and white dahlia.

Finally, we accomplished the miracle shot!
We had a wonderful time making an artistic picture.
It is important to do things seriously even though it is just for fun. 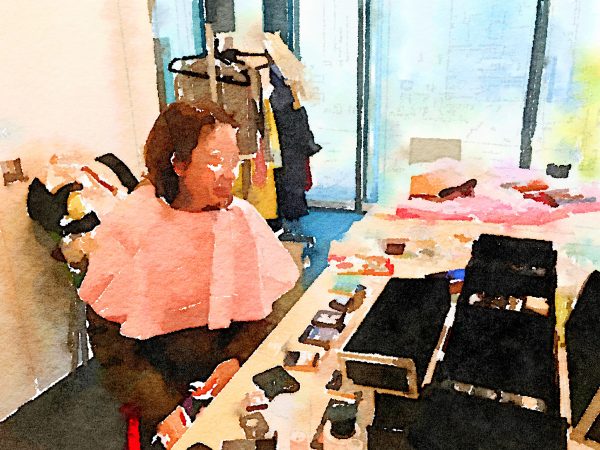 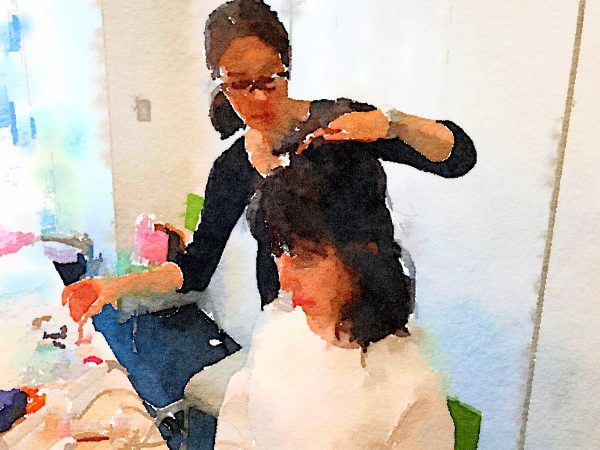 #908 ”Getting ready for spring〜a shopping trip for outfits” 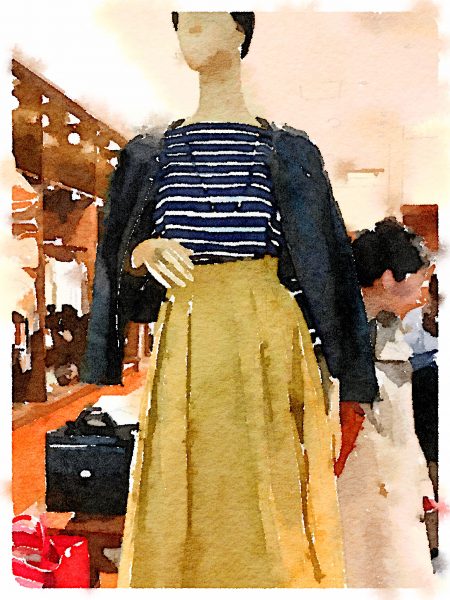 A shopping trip for spring outfits

Two friends needed to buy some new spring outfits, but they didn’t know what to get.
So I along with another friend M, were asked to join them on a shopping trip and give them advices.
Therefore 4 women spent a whole day at Nishinomiya Gardens last week.

One of the two friends bought 2 white shirts, blue and dark blue reversible skirt, white pants and silver shoes. Another friend bought a white knitted sweater, a pair of pants with flower patterns, yellow coat and bright yellow sweater.
They bought a lot and those clothes suit them very well.

M has wonderful sense and could pick the right clothes very quickly. And I coordinated those clothes with accessories that I brought from my house. You know, accessory is the key to be stylish. Accessories can turn a plain dress into something very attractive.

I am turning into a mature shopper because I didn’t buy anything!

Time went by so quickly during the day.
I enjoyed it very much though I only watched and gave advice to my friend’s shopping.
I didn’t buy anything for myself but I was still satisfied. It was amazing that I am turning into a more mature shopper. 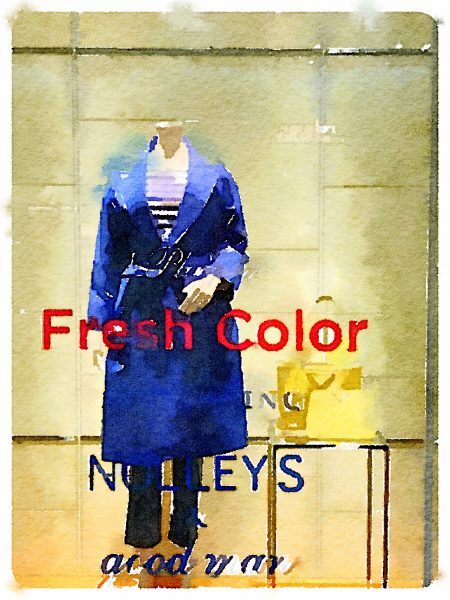