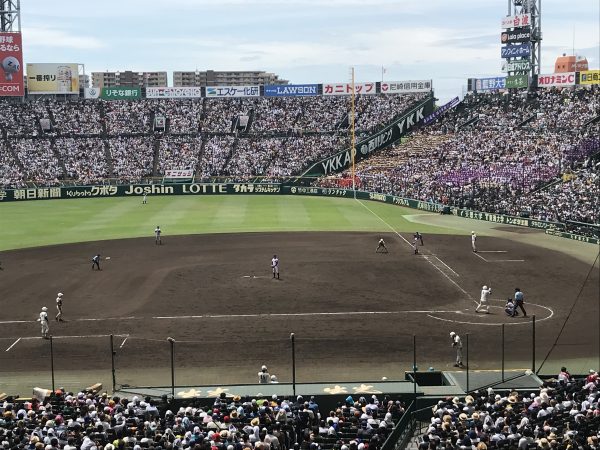 “Koshien” is a baseball stadium in West Japan, and every year it holds the National High School Baseball Championship. Watching the championship is one of the most popular traditions in summer in Japan.
This year is the 100th anniversary of the championship.
I was at the stadium watching the semi-final game.
And I went with my friend who I have not seen for 25 years!

My friend and her son came to see “Koshien” from Seattle.

Her son is 16 years old and a member of baseball team in high school in Seattle.
When we were watching the baseball game, we talked a lot about what happened in the last 25 years.

My friend said that Japanese boys always run to their positions but American boys don’t run like that. They are more relaxed during the game. I guess it is just the difference in both cultures.

I will remember this day every summer.

We watched the two semi-final games.
“Kanaashi Nogyo”, which is my favorite team, and “Osaka Toin” got to the final. They would play against each other the next day.

My friend’s son’s prediction was that “Osaka Toin” would win. He watched the 2 games very well and could figure out their differences. Actually Osaka Toin defeated Kanaashi, 13-2, in the final.

I had an amazing time with them.
I will not forget this 100th anniversary “Koshien” and I will remember this day every summer. 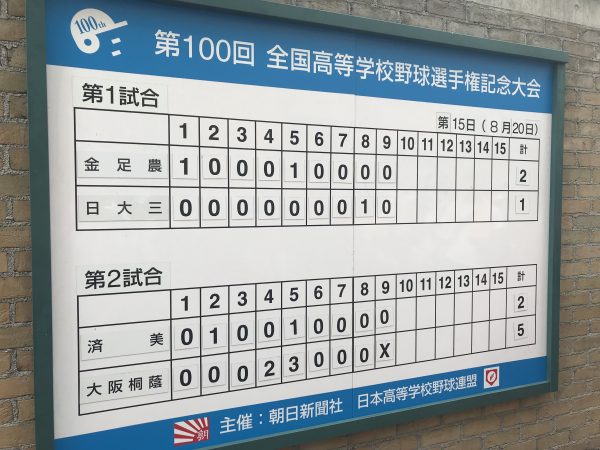 ↑4 of my relatives graduated from “Kanano” 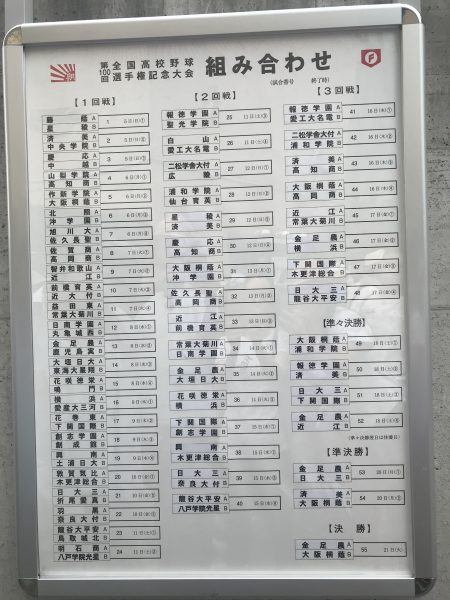 #848 You wanna beat the heat this summer? Let’s watch some horror stories to get chilled! 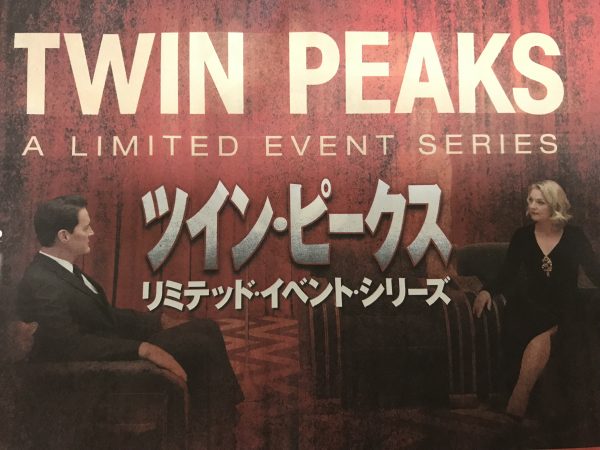 What are you doing to cool off yourself this summer?

Thanks to the sizzling summer, I have been watching many mysterious and horror movies lately.
I have already seen a lot of dead bodies this summer.
Of course they were all in the movies.

I am a big fan of the TV show “Twin Peaks”. It is an American mysterious drama.
I have been waiting for months to rent its latest DVD release “TWIN PEAKS -a limited event series-“ at a rental shop in my neighborhood.
At last the time has come!
I rushed to the store and rented all 9 boxes of DVDs.
I watched all the episodes, 18 in total, in just one week.

I don’t recommend you to watch it, if you are not a fan.

Let me tell you first. I love it, but if you are not a fan of the original series, you probably won’t enjoy this as much as I do.
This is for the “Twin Peaks” die hard fans.
Watching each episode requires some patience, because the stories are quite slow. There were many puzzles but not all of them make sense.

I had fun seeing many old faces for the first time in 25 years.

Even after watching them all, I still had some questions in my mind.
That is the best part of “Twin Peaks”! I enjoy this feeling but I think some people may find this unsatisfying.
Although the show was mysterious, complicated, creepy and gross, it also has a dark sense of humor that made me laugh.
I had fun seeing many old faces for the first time in 25 years.

Let’s watch some horror stories to get chilled!

So, this is my way to forget about the heat and enjoy some mysterious and horror movies in this hot summer.

How about you?
What are you doing to cool off yourself this summer?


1000 Small Joys
#890 “TWIN PEAKS : The Return” started on WOWOW
https://nako3.com/archives/1335
I am a big fan of “TWIN PEAKS”.“TWIN PEAKS” was a cult TV drama series broadcasted in the US about 25 years ago. It was also very popular in Japan.This drama was filmed in the rural area of Seattle, WA. Since I have lived in Seattle, I’ve been to Snoqualmie Falls that was used in the opening scene. I also visited Mar-T Cafe where one of the main characters, the detective ate a cherry pie.Douglas fir trees of Western North AmericaMy favorite scenes were the nature.Especially, the Douglas fir t...
2018-08-07 ｜ Posted in English ｜ 2 Comments »