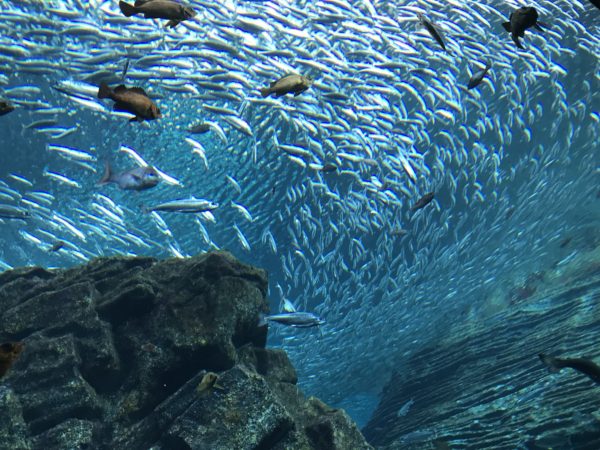 I went to the aquarium “Umigatari” in Joetsu city, Nigata. This Japan sea facing aquarium was renovated just last year. It was a modern and cozy aquarium in the city.

The water tanks looked like they were joined to the ocean!

The “Sea of Japan” and the “dolphin stadium” were two of the most popular attractions. Both places were designed in such a clever way that in the water tanks looked like they were joined to the ocean. You can see a complete view of the Sea of Japan and the beautiful sky above it. 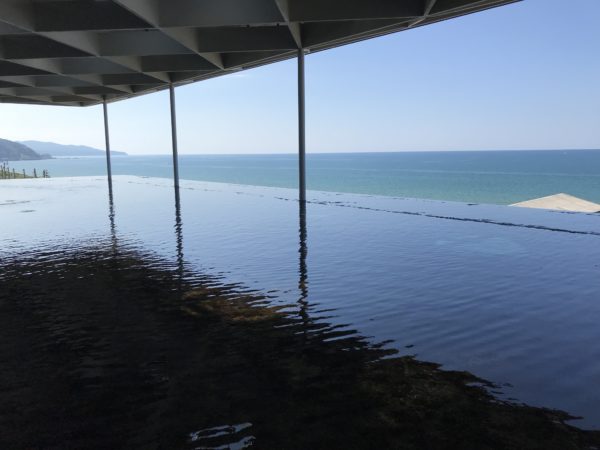 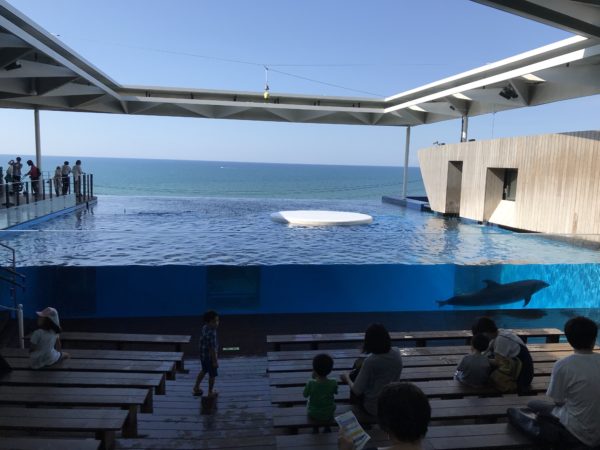 ↑the “dolphin stadium” Can you see a dolphin?

You can also see two beluga whales and many Magellanic penguins. They were so cute and very popular. 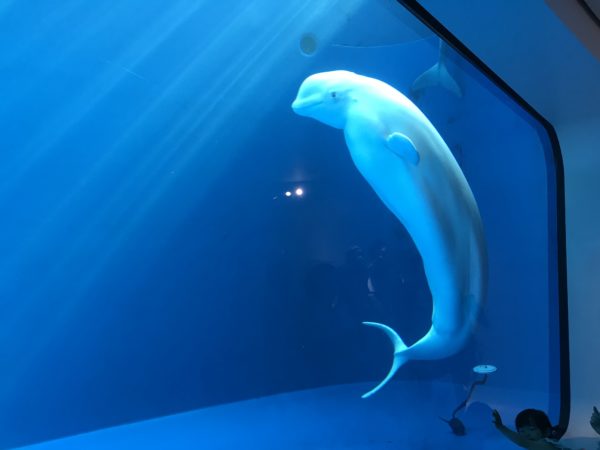 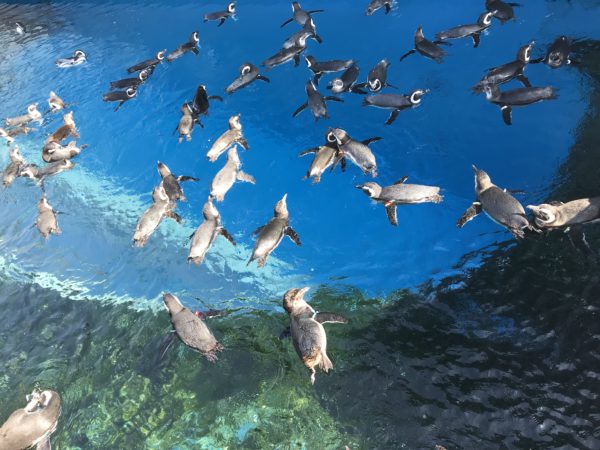 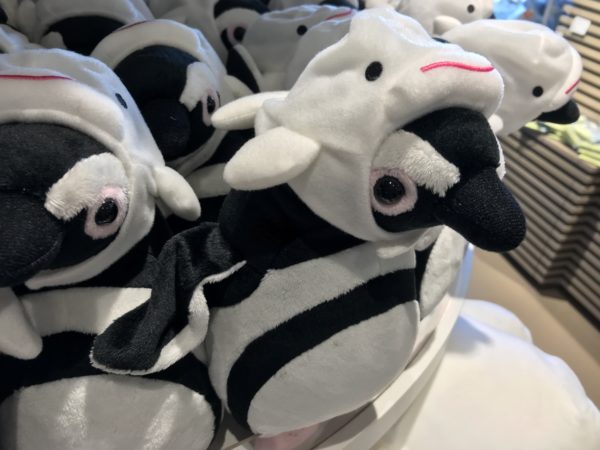 This time, my 6 years old nephew-in-law showed me around in the aquarium. He has an annual passport.
I bought a penguin umbrella, which he wanted, for him. That was a token of my gratitude for his nice and cute guide. 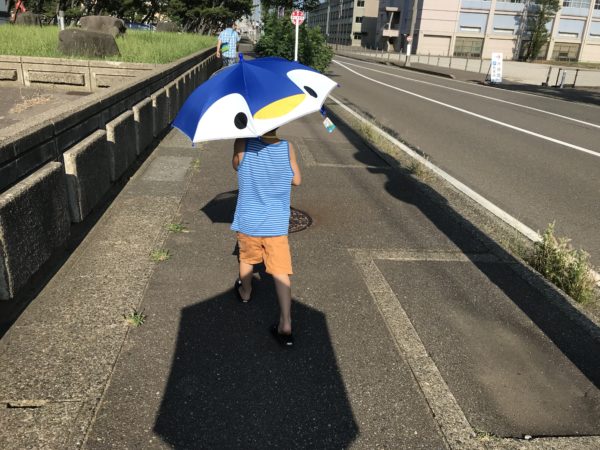 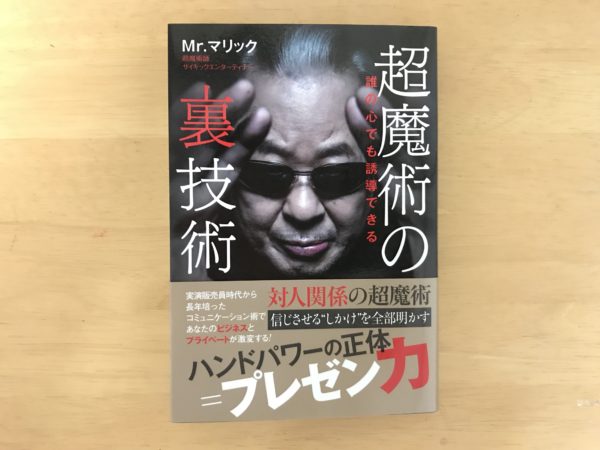 One day I was at the bookstore. I saw a book and an old song immediately came to my mind. It was the theme song used by the famous psychic entertainer Mr. Maric. He was very popular on TV in the 1980’s.
The book was written by him. The title is 「超魔術の裏技術」(The trick of super magic).
I bought the book since I am a fan of him.

What is the key of super magic?

This book doesn’t reveal any magic tricks.
He says that the key of super magic is not only the magic skills but also the presentation skills. They include the part of conversation and presenting yourself.
He would change the way to speak based on the number of customers. One to one, one to a few, one to tens of people and one to many and unspecified. The explanations are detailed and easy to understand.
One section describes the way to give a good impression to your partner is by looking at one of their eyes. (Not both eyes)

I liked his theme music. Actually the music originally was from the song “Legs” composed by the famous English band “Art of Noise”.
Mr. Maric’s iconic phrases are “Kite-mas! Kite-mas!”(It’s coming!) and “Hand-Power!”. Those phrases were social phenomenon back in the days.
I think he is the best performer in Japan because he chose such unique theme song that sticks to your head and the catchy phrases.

↑The Art of Noise – Legs (from Official Video)

#811 The Rugby World Cup in Japan is coming soon!! 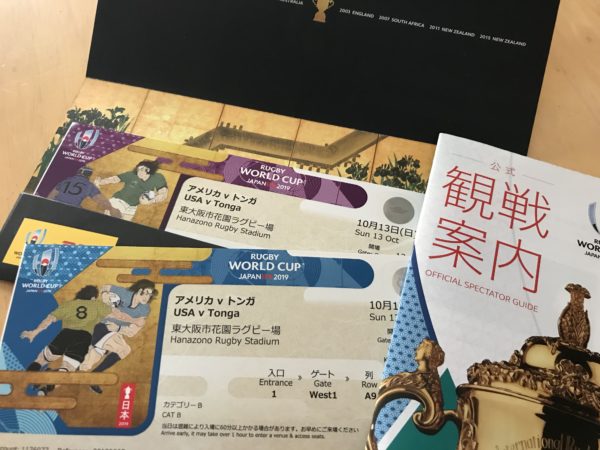 I bought tickets to the Rugby World Cup on the internet.

The Rugby World Cup will be held in 12 different stadiums across Japan in September and October.

I chose the game that is the most convenient to go to. It is the game between USA and Tonga at Hanazono rugby stadium on Oct. 13th.

The ticket price was 7000 yen per person. 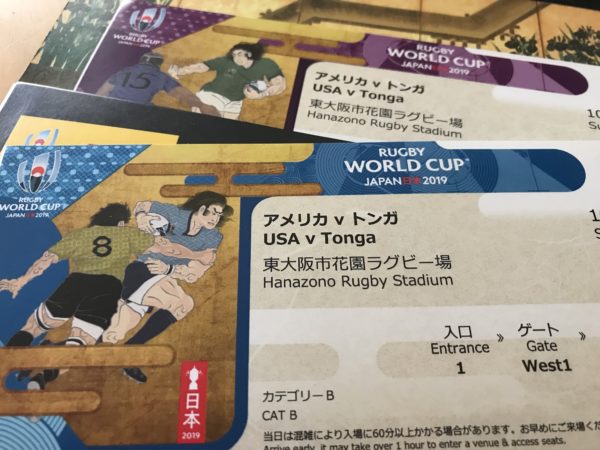 I am a longtime fan of rugby. I have watched rugby games at many stadiums but I’ve never been to Hanazono in Osaka.
So I’m quite looking forward to going to Hanazono.

I haven’t decided which country, USA or Tonga, to support yet.

Maybe I will support the weaker team.